Big Tuskers and Their Fading Future. 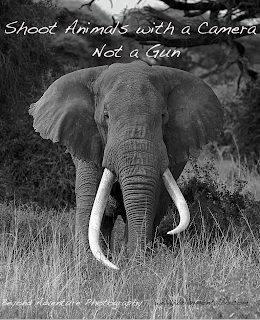 When  I was a kid, I used to wish I could travel back in time, just to see how big dinosaurs really were. It must have been a truly impressive sight to see a t-rex running down it's prey,  like we can watch lions take down theirs today.    A brontosaurus roaming across the open savannah, their long necks  reaching up into the highest parts of the trees, similar to giraffes today.  Who isn't fascinated with the dinosaurs?   After watching the movie Jurassic Park I would have paid what ever I had to, to see these animals up close.     That's why I will do everything I can now, to help keep these animals around.

Today we have animals that future generations will wish were still around.   Pictures, documentaries, and stories will capture their imagination, but they to will wish they could have seen them in real life. Nothing can replace your first siting of a blue whale, which to our knowledge is the biggest animal to roam in the history of our planet.  Go on a safari in Africa and you will have your breath taken away by the size of elephants, but get lucky enough to come across the last big tusker elephants and it will leave you speechless. 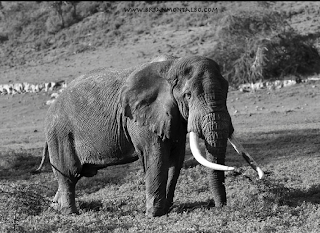 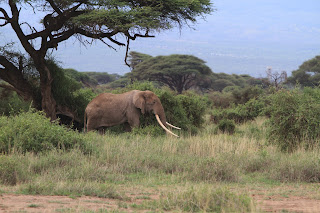 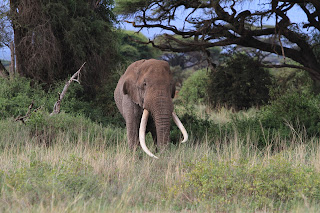 What does it take to motivate humans to stop acting in such a way that puts us on a path were we wipe out these amazing animals.    Is it our fate?    Are we the living version of an asteroid.  Sounds over exaggerated, but anyone who has travelled around the world knows the sad reality.

Thankfully for those of us who are passionate about animals.  There are a few amazing people who have fought to protect and set aside land for these animals to survive. The Jane Goodall's, Dian  Fosseys, Laurie Markers, and Bernhard Grzimeks.  They have done so much and we owe so much to them.

I've travelled to 36 countries trying to capture the beauty of Africa.   Every I come across a big tusker I make sure to soak it in.  If it's a forest elephant coming out of the forest to graze just at sunset or the massive bulls that roam Ngorongoro Crater.

There will be a day when the true giants of Africa are all gone.  Their size and tusks only being presented in museums like the dinosaurs. Leaving future kids to day dream about what it was like  to see these amazing animals in real life. 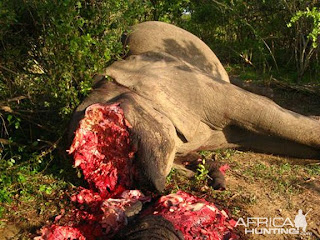 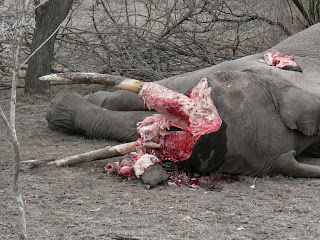 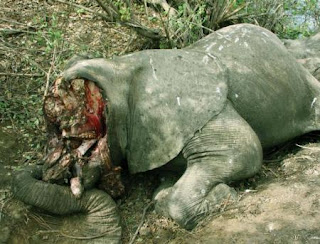 Posted by Beyond Adventure at 10:21 AM