The Last of the Drill Monkeys 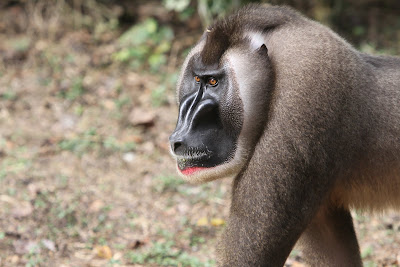 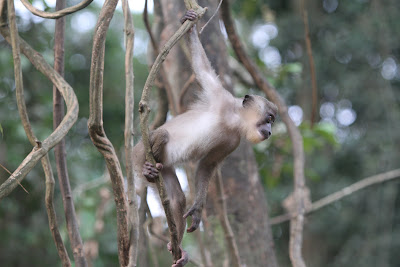 One of the bright spots in conservation, in Nigeria and all of western Africa, is Drill Ranch, located near Calibar, in southern Nigeria, bordering the Ali Mountains Sanctuary and close to Cross River National Park.

It is run by two Americans and supported by the Nigerian government and Pandrillus Foundation. It houses the most endangered primate in Africa, the drill monkey and some orphaned chimpanzees, in large natural enclosures. They have been successfully breeding drill monkeys, to continue on the gene pool, since drills are rapidly headed for extinction in the wild. Their goal is to release them back into the wild.

The reason they are breeding the drill monkey, and the reason that it's future is so important, is the drill, is part of the lesser known, Big Three of Africa, the three largest primates in Africa, the gorilla, chimpanzee, and drill. The drill only lives in Nigeria and Cameroon. It would be like standing back and watching, one of the "Big Five" of Africa, (elephant, leopard, rhino, lion, and cape buffalo) become extinct with out doing anything. The gorillas had Diane Fossey, the Chimps had Jane Goodall, and now the drills have the two Americans who run Drill Ranch, Elizabeth and Peter Gadsby. 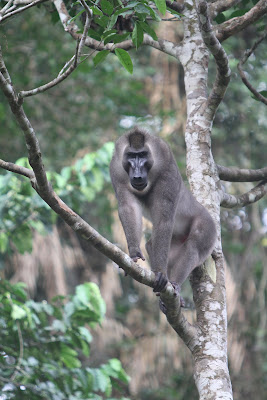 The male drill stands like a gorilla, but looks nothing like them. It's about the size of a chimpanzee, has one of the most colorful rear ends in the animal kingdom, small hands, and a unique looking face. The females are much smaller than the males and can easily be mistaken for other monkeys. The drill is often shot by hunters, since they return every night to sleep in the highest trees, and their meat sold under the name of other monkeys, so no one catches them. 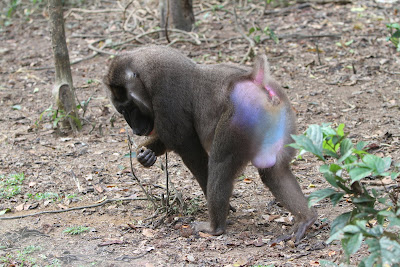 Drill ranch is the largest employer around Ali Mountain Sanctuary, since they hire locals from surrounding villages to help with the primates. They also buy all their food for the animals from the villages, to help build a partnership that includes, educating the locals in the importance of preserving the diversity and conserving the land for future generations. If it wasn't for this sanctuary the rangers believe that all gorillas would have been killed by now.

What is special about the Ali Mountain Sanctuary in Southern Nigeria, is it is one of only three places left that have The Big Three, living together in the wild. The gorillas that live in the Ali Mountains Sanctuary are the rarest subspecies of lowland gorilla in Africa, there numbers are estimated at around 200. They are built more like the more famous mountain gorillas of Uganda, Rwanda, and DRC, which only an estimated 700 live in the wild. The drill monkey and Chimps are even more rare to see.

While I was camping there, I heard one to two gun shots every night, as poachers hunted for bush meat. The three biologists studying there, one from Kenya, and two from he US, were getting increasingly frustrated, so much so, that they would put their own lives on the line, by heading out in the bush at night to try and catch the poachers. 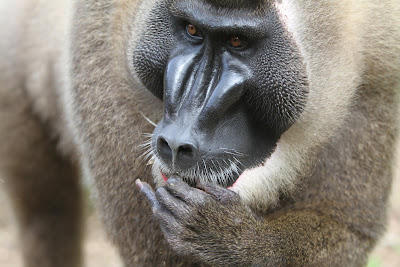 The more I talked with the workers and biologists at the ranch, the more motivated I became with spending some time hiking in the Ali Mountain Sanctuary. I came to Africa to experience places like this, and the chance to photograph the Big Three in one location, had me convinced to leave my truck and trek back in the mountains on my own.

I didn't want to miss the opportunity of seeing drill monkey's, chimps, and gorillas in the wild. I have photographed the mountain gorillas in Uganda, but it's such a popular place to visit, and costs you up to 725 dollars to spend one hour with the gorillas. Thousands of visitors view them every year, so I wanted to experience a place where the gorillas have only been photographed twice ever, and only a hand full of white tourist have ever seen them, so this was the adventure I was looking for.

So I negotiated being taken back into the mountains with the best and most passionate ranger, the biologist recommended. While the truck and group I was traveling with, left for Calibar, I stayed back for three more days and was taken on one of the most epic experiences of my life, and which would change both our lives and bring two complete strangers together and will no doubt stay life long friends.
Posted by Beyond Adventure at 1:21 AM