The Venice of Benin

<
Leaving Lome,Togo we headed East along the coast into Benin. Benin is a small country like Togo, but shaped more like a club, probably to fend off it's crazy neighbors.

We didn't see much of Benin because we were given a 48 hour visa. But I saw enough to know it was a country I would like to go back to and see more of. It's very lush, has beautiful scenery, has stilt villages, and a voodoo culture that is alwasy fun to learn more about.

The first night we camped on the beach in Ouidah, next to a memorial for all the slaves who came from Benin. Traveling down a 4km strech of road called the "Route des Esclaves," route of the slaves, took you past some statues and ended at the beach with a large arch on the spot the slaves last touched before, they left africa by boat. It was a giant memorial with carvings of slaves in chains being led to a boat, besides it had large letters saying "Point of No Return." 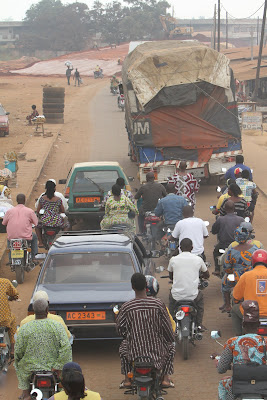 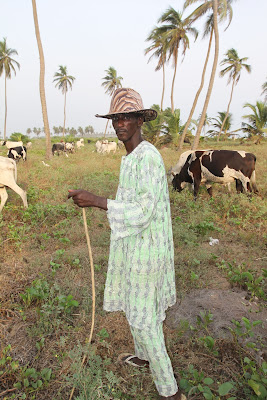 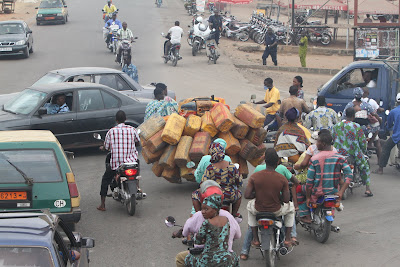 The coast of Benin seems like one continous beach, with barely anyone on it, and noone swimming. I guess the rip tide can be quite bad in this area, because locals came running and screaming down the beach, trying to get us out of the water, when I started body surfing the waves. At first I thought it was a shark in the water, but then I found out they were warning us about the current, which kills alot of people.
a onblur="try {parent.deselectBloggerImageGracefully();} catch(e) {}" href="http://1.bp.blogspot.com/-0FSu-VTqm9g/TfBUKLCeNMI/AAAAAAAABOE/h-31L_3mvaw/s1600/IMG_3593.JPG"> 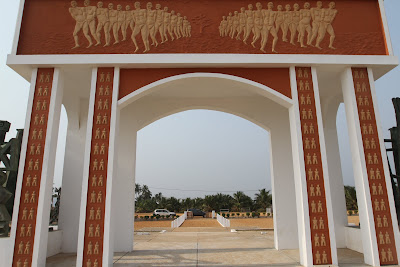 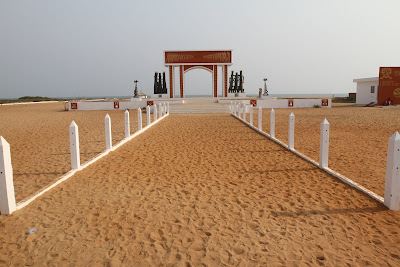 Wanting to photograph the stilt village, a group of us jumped in a boat and was transported to a stilt village called Ganvie. It was like the Venice of Benin. With the entire town living on top of the water, with boats being the mode of transportation. The village was built on stilts, to escape slavery. The people of Ganvie, used the water to their advantage, fleeing from the rival Dahomey slaver hunters who's religion forbid them from crossing water to capture slaves, so they built a city over the water, to stay safe.

Today, 30,000 people live in the stilt village, living almost entirely on a fishing lifestyle. The town is very active, paddling their boats, fishing, it's a very unique lifestyle and great for photography, but not every local likes their picture taken. 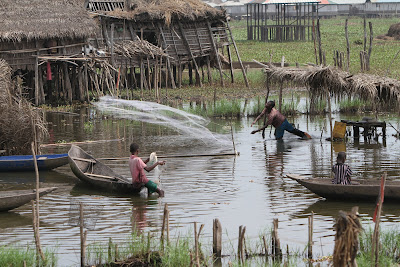 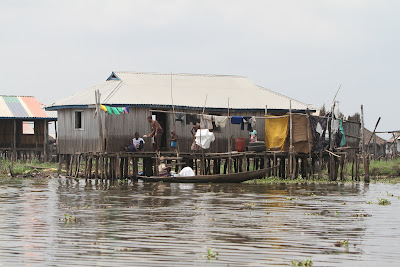 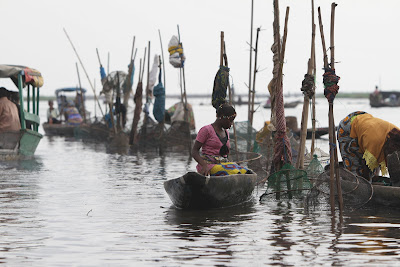 While Benin was no more than a transit on the way to Nigeria, I would love to go back an visit the north, and experience more voodoo villages, since voodoo originated in Benin. I would also love to visit, Parc de la Pendjari in the north Bordering Burkina Faso. It's one of the best parks in western Africa, to see wildlife.
Posted by Beyond Adventure at 5:02 AM