The Powers of Voodoo, Don't Mess with IT. 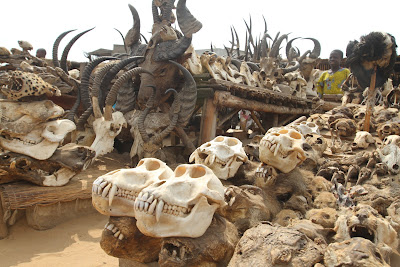 I think everyone has at least a little fascination or belief in voodoo, a practice that predates many of the world's religions by 10,000 years, and connects western Africans to their ancestors.

I know I do, since baseball players are some of the most superstitious mind freaks in the world of sports. We can't make it through a game without performing a list of rituals. We eat the same thing before every game, some won't have sex before a start,some wear crazy things under our uniforms, such as woman's underwear, to give us good luck, we freak out if we can't find our favorite mitt or bating gloves, we bless our bats, wear rally caps to try and jump start the offense, try to put a spell on opposing hitters bats, we run out on the field making sure not to step on the white lines, if a pitcher is throwing a no-hitter we completely avoid him, not even making eye contact or mentioning the score, so not to jinx his good luck. We have little carvings in the dugout to guide us to a win and some hitters who haven't gotten a hit in a few games, even take it to the drastic point of having sex with a "slump buster," the fattest ugliest girl they can find, to try and take the curse off their bat and get them out of a 0-20 hitting slump. Just watch the movie Major League or Bull Durham, or watch a baseball game on t.v and you will get an idea of how much of a head case we are. Don't mess with voodoo, it's like karma the black magic, eventually catches up to you.

So traveling through Africa, where nothing is safe and dangers lie around every corner, the worst thing you could do is piss off the voodoo priest. So you are damn right I made sure to pay the voodoo priest for his time in blessing my journey, bought a small wood carving from him, that you whisper your trip to it's face,then place a stick in it's mouth to seal what you said, and keep it in your pocket, to guide you on your journey. How many people can say they have been blessed by an actual voodoo priest. If something happens to me now, I must have not paid him enough money.

Voodoo in western Africa is about making offerings,performing rituals,and blessing the spirits and higher powers that govern their lives. Similar to most religions where we prey to a god, the people who practice voodoo, in Ghana, Togo, and Benin, worship to major deities. Voodoo in The Caribbean have taken it too a new level with voodoo dolls and which craft.

Where their religion gets interesting is the different fetishes that they use, such as dried animal parts,animals skulls, natural objects such as wood and rock carvings,and local herbs and medicines. They use them,to cast spells on rival enemies, to help the healing process if someone who is sick,and to guide someone on their journey. It's about black and white magic, which have negative or positive influences in their lives.

If you want to get an idea of what fetishes they use, visit the fetish market in Lome. It's like walking into a movie set of crazy animal skulls,of horses buffalo,antelopes,elephants,lions,cheetahs,monkeys, and just about any other African animal. Snake skins,dried frogs,birds,horns,cut open rats laying on their back, horse cocks, and chicken legs sticking out of skulls, can make the photography really fun. The best experience, is traveling to an actual voodoo village.

While the group wanted to stay in Lome,and visit markets, I decided to take a taxi for an hour out of Lome to Lake Togo, where I paid a local fisherman to take me across the lake to Togoville, in his hand made canoe, which was leaking. 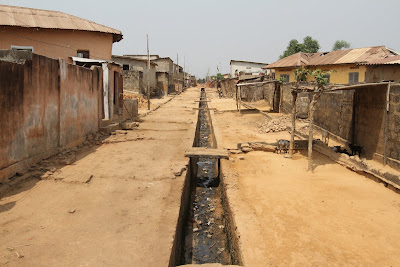 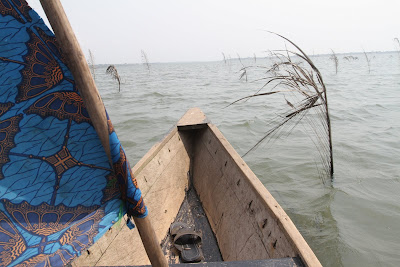 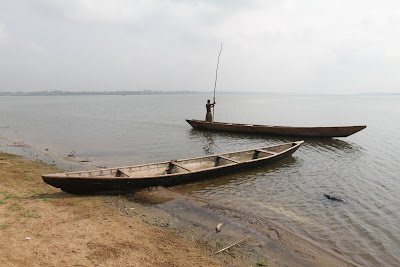 It brought back memories of traveling 200 miles, up the Rio Negro from Manuas on the Amazon River, and then staying in a hut with a family along the river. Then going fishing with the father in his canoe. His dug out canoe, made from a tree, leaked so much water, that when we caught piranhas,and threw them into the boat, we had to lift and move our bare feet,as they swam around.Just like the trip in the Amazon, I had no idea where I was going, just knew that it sounded like a cool adventure.

Once I arrive on the opposite shore, I was pointed up the bank towards the village,by the fisherman,shook his hand and even gave him a tip for managing to keep my cameras dry. I then made my way into the center of the town and came across an old one eyed local, who couldn't use his legs, but used his biceps as big as a body builders,to pull himself around by two sticks. It couldn't have been a better voodoo character to meet. I let him guide me through the village, which was a slow pace. He didn't know much English, just pointed and laughed, and said voodoo if we came across something like a tree or structure that was involved in a voodoo ritual. I didn't dare piss him off by leaving him behind, since he had a laugh that would send chills down most peoples bodies. It was just like the long, loud, evil, stereotypical laugh that you would see in a movie,by a crazy voodoo priest. He only lacked wearing a buffalo skull on his head, blood across his face, and some bones around his neck. Yes,I made sure to tip him. 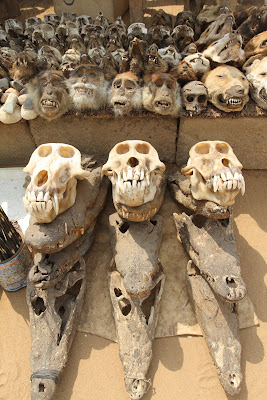 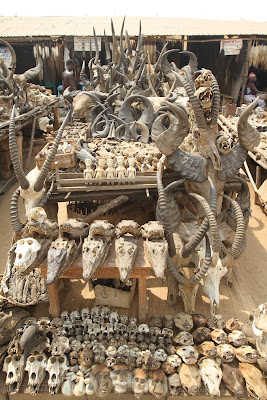 The journey back to Lome was even longer. I thought I could just walk around the lake to the main road, then just catch a taxi back to Lome. Stupid idea! I followed a dirt road through some villages then out in the countryside for over an hour and half, walking about 5-7 miles in the blistering heat and humidity. Finally running out of water and no longer seeing the lake or any locals,I made my way down through the bushes to the edge of the lake, to see if I could see a town ahead. Which I couldn't, so I walked back to the road, coming across a local with a machete in his hand and dead chicken in the other, who looked shocked to see a white man, then started laughing. I decided at that point my stroll was over, and walked back to town and jumped on the back of the first motorcycle I saw and was taken over a bumpy road for about 15 miles, back to the main road.

I made sure to rest under some shade in a bar, bought a nice cold beer,and had lunch. When I was done,I jumped into a taxi and made it back to our campground. I love Africa!
Posted by Beyond Adventure at 11:28 AM