Putting the O a, in Ouagadougou 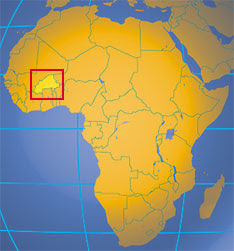 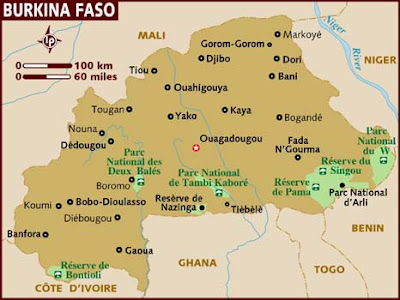 There are few capitals that roll off your tongue like the capital of Burkina Faso. Pronounced, O a Ga doogoo. Hopefully that helps. A geography champion might have known about this place, but most probably haven't.

I'm currently having a few cold beers at Independence Hotel, with the fastest Internet I have had in Africa, inside one of the nicest hotels I've seen in Africa. I shouldn't be allowed in a place like this, because my hair is a mess, my shorts and t-shirt are covered in dirt, from the drive in.

It's like an Oasis, of modern luxury with walls blocking the outside reality. It's obvious from the big buildings, that there is wealth in the country, but it hasn't spread to the people who suffer with the lowest quality of life. The cream, being filtered at the top, for the powerful.

In most cases money coming into a country, is like a rising tide that lifts all boats, but in Africa unless your a big boat, you have a short anchor line and stay stuck in the mud. Every person I talk to about the mess over here, all has the same answer. They aren't sure what is the best way to help. Some come here thinking that it's best to save others,by just handing out money and gifts, some come here to donate their own time to build wells and orphanages, some come her to travel overland to experience the countries and culture, some come to hopefully photograph the last remaining elephants and lions.

I still have countries like Nigeria, Cameroon, Congo, DRC, and Angola to pass through on my trip south, so I can't imagine what it will be like in those capitals. The former leader of the DRC, was so rich he had a personal airstrip constructed so Concords could land and personally fly him Pink Champagne from France. Yet his country fell apart, and has been in a constant state of conflict ever since. Anybody who has visited the DRC knows about it's past.

You would think that most Africans, would suffer from some post traumatic stress syndrome, from a history of betrayal,conflict, oppression, colonial injustice, cannibalism, and corrupt leaders. But what I have seen while spending months photographing the people, is some glimmering catch light of hope in their eye. That twinkle, that someday Africans will rise from this pile of ashes, like a phoenix. They patiently wait for a better life, a hero that will guide them and not betray them. They look up to President Obama, as if he is their own President, sing songs from Bob Marley like he's their best friend, and cheer every time they see a black soccer player, in another country, get the ball.

While the pictures I take show a body and mind weathered and broken, from years of hard work, their smiles show me much more. I passed an older lady yesterday, riding a motorbike with a bucket of water on her head, but still waved at me and smiled as she passed. I turned around and watched in complete amazement, how that was even possible, to keep her head so still while riding along the bumpy road and not spill a drop.

The other day while stopped along the road, far from any town, an ancient looking man with ripped pants road his bike up to us, with a huge log tied to the back of it. He stopped for a moment,smiled, said bonjour, shook my hand, and then continued on down the road at a snails pace. I couldn't imagine how long it would take for him to get where he was going.

I meet a guy in Rwanda a few years back, who took me to Hotel des Mill Collines, the real name for Hotel Rwanda made famous in the movie. He told me stories about the genocide that happened their in 1994, where almost a million people were killed in only a few months. He told me about losing most of his family, his mother, sister, and aunt all kidnapped, raped, and killed. I asked him if it made him so angry that he wanted to get revenge on those who did it. Looking down at a mud puddle which reflected his heartbroken face, he looked back at me and said I forgave those who did it a long time ago. I just want my country to move on,to put this hell behind us, but to never forget, so it never happens again.

I will never forget the guy in Bamako, Mali, that put his own safety on the line and stood up to the police to defend me when I was arrested. Who stayed by my side, even when they yelled and threaten him to leave. His smile told me so much,as we shook hands later,refusing any payment, saying only that he loved his country so much and wanted outsiders to feel welcome and enjoy coming to his country. Who knows what could have happened if he wasn't their to translate for me.
There are so many many more stories that I could mention.

I always get asked why I enjoy traveling, being a photographer. While sadly I haven't taken a single photograph of a wild animal, along my entire trip so far, because most have been shot a long time ago, I have been fortunate enough to learn more about the soul of humans than I could have ever have learned reading a book or watching a film back home. The last two months of the trip have given me a wealth of understanding of just what man is capable of, some good, some bad. I question what Africa is going to be be like in 100 years? The amount of deforestation, loss of habitat for animals,desertification, soil erosion, pollution, and overpopulation can be really depressing to think about.........

To answer every one's question for why I like to travel and take photos. The same reason I love coming back to Africa again and again. It's because it's Africa, it's one of the most amazing places I have ever been to. The animals are big and dangerous, the rivers are huge, the landscape's are breathtaking, the culture is beautiful, and the place is rugged and untamed, and I want to soak in every day, minute, second in case this place changes for the best or worst.
Posted by Beyond Adventure at 4:12 AM