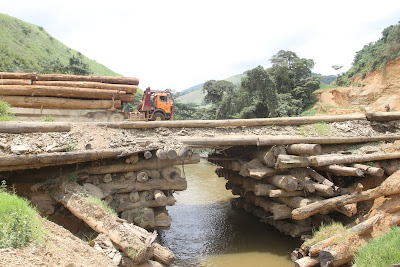 We are currently the city of  Point Noire in the Republic of Congo.  We have a few days to relax, before continuing on to the Democratic Republic of Congo.  The next few countries have a bad reputation of being harsh and ruthless, a place where over landers get held up by gunpoint or even worse.

It took us about 5 days to travel from the Gabon border to Point Noire, as wet muddy roads, and lots of rain slowed our progress to a crawl.  The roads are basic as best.  One lane dirt roads, build by loggers, exploiting the forests,  and built with no safety standards. 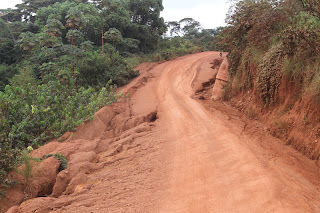 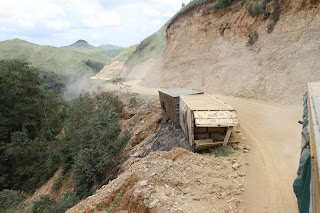 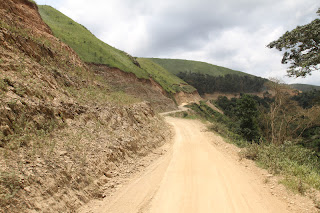 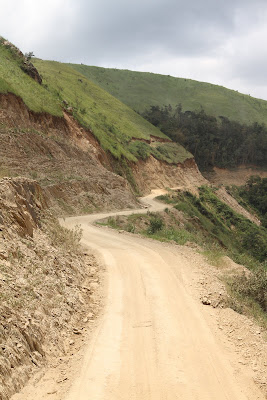 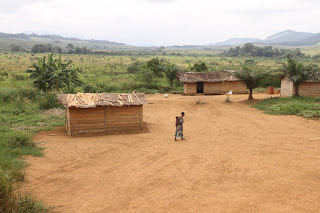 What once was mountains covered in rain forest. Is now clear cut grass lands. 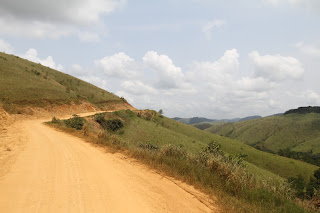 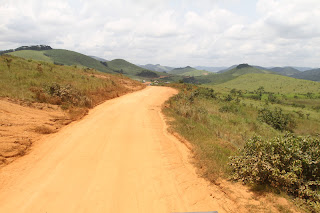 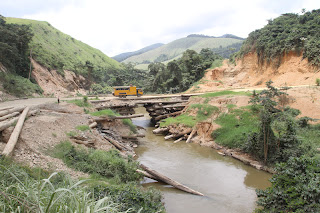 Amazing log bridge spanning river valley.  But every rainy season brings floods so it must be rebuilt when ever the logs collapse. 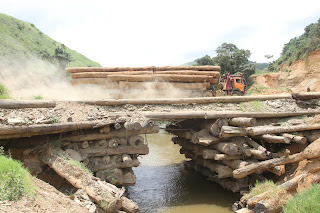 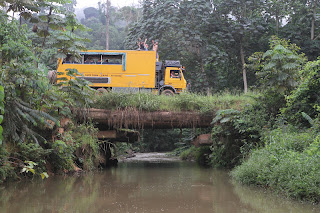 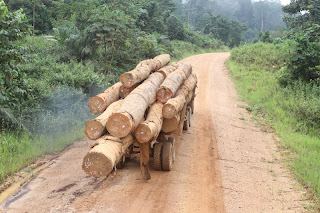 I won't be surprised if most of the Congo's rainforest is clear cut, within my lifetime. 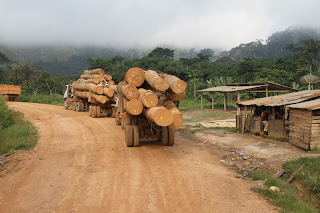 While heading through the Congo mountains, we came across a log jam, pun intended, of logging trucks backed up because a tanker truck was blocking the road.  The muddy roads had grabbed a hold of a full size tanker truck around a sharp turn and made it impossible to get around it. 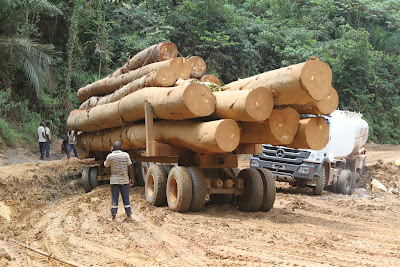 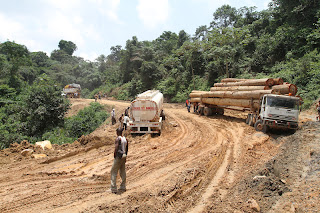 As the loggers began piling up on both sides behind the jam, drivers impatiently would try and be hero's and just force their truck around the tanker in the deep mud.   After all, "time is money".   It was entertaining to watch each logging truck try and squeeze their trucks through a bottle neck in the road.     Engines being pushed to the max with heavy loads,  tires and axles, bending at such a sharp angles,  you waited for them to break. 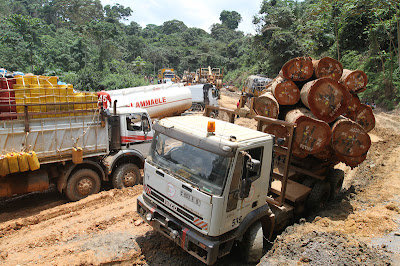 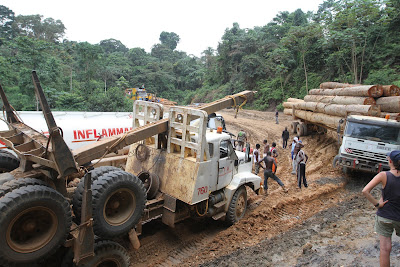 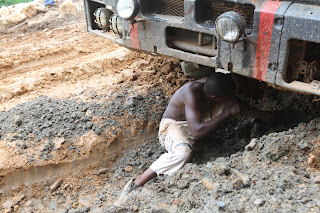 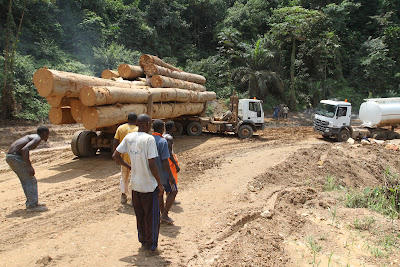 After a bunch of arguing and getting to the point where fights were about to about to break out.  The loggers finally agreed to work together.

At first they used one truck to try and pull the tanker free but failed to budge it, then they used two. Black smoke fillings the air as the huge diesel engines, pulled with all their might, but still failed to budge it. Finally they hooked all three trucks together like Clydesdale horses, to try and pull out the stuck tanker. Even using three logging trucks, the thing they managed to do was break chains and tow ropes and dragging the tanked deeper in the mud. 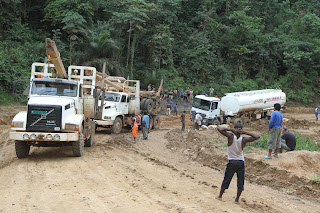 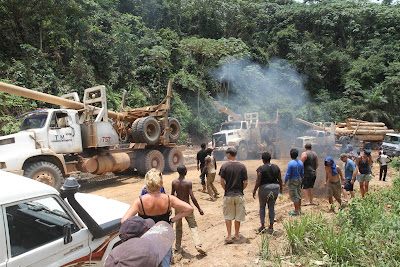 But what was accomplished was creating just enough of a gap to squeeze through.   Like a broken gate, the logging trucks all made a race through the opening.  Not wanting to get stuck behind another truck getting stuck around the turn, our driver made a run for it as well. 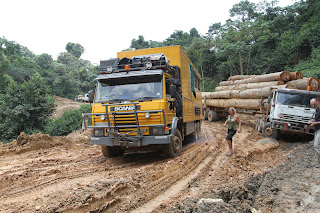 Spending four days in the mountains with the logging trucks, I got to get a sense of how dangerous their jobs are. Like the Nigerian truckers, who's mangled trucks lay scattered on the sides of the road, the step mountainous valleys had trucks that lost control and lay mangled in river beds.  Other trucks which showed signs of damage were still being driven. Like this truck below. 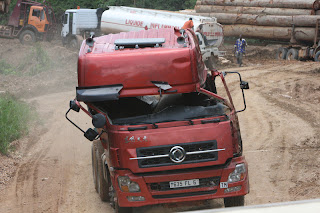 The life of a logger in country of Congo is tough.   To make things worse, you often see the truckers drinking beer, then pass you on narrow slippery roads, at high speeds, waving out the window, with an intoxicated smile. But this is Africa, there are no rules it's everyman for himself.

Posted by Beyond Adventure at 1:39 AM