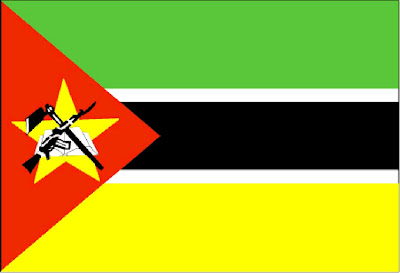 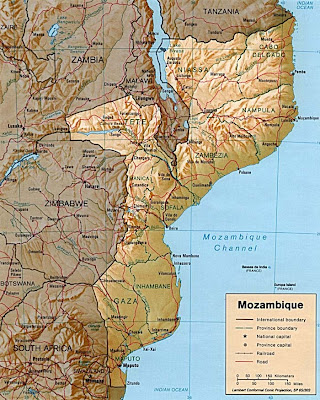 I just got done traveling up the coast of Mozambique. If swimming in warm turquoise waters, walking along endless white sandy beaches, sleeping in cozy beach bungalows, island hoping by locally constructed dhows, snorkling next to thirty foot whale sharks, nine foot wide manta rays, and rare dugongs, is something you dream about, then you need to travel to Mozambique and make it a reality.

The country of Mozambique is a reflection of Angola. Years spent fighting has taken it's toll on the people and animals in the country. Poverty has had an anaconda strenth grip over the people, but at least the country is able to grow, after 26 years of conflict.

Thanks to foreign investments, national parks are transporting animals back into the wild after most of them were killed off, coastlines are being set aside as parks, the roads and buildings are being improved, and tourism is thriving, creating thousands of badly needed jobs, for the locals.

It's impossible not to find something that interests you while traveling throughout the country. If you are a culture vulture, then the small villages and markets will keep you busy shopping and trying to turn down swarms of locals trying to sell you things. For those who like history, the coast is littered with crumbling portuguese settlements and mansions and stories of slavery by both the Arabs and Portuguese.

Those who are looking to be active, can choose from a long list of recreational choices. Scuba diving is world class, there are countless places to snorkle, you can rent quad bikes, or wave runners, and go horse back riding. Those who want to just sit back, can pick from many sea side towns such as Vilanculos, Tofo or Inhambane, and relax on the endless beaches, lodges, and enjoy some ice cold Mozambique beers. Monica, 2M, or Laurentina.

Mozambiqe is no longer the secret it once was. Those with money are buying up the coastline, like basketball fans collecting a Labron James rookie card, when he was drafted into the NBA. Thankfully resorts haven't jumped on the bandwagon just yet, to my knowledge. But it's only a matter of time till the Hiltons and Marriotts, invest in places like Tofo or Vilanculos and turn the beach into a coastal Vegas, with cookie cutter tours, high maintainence guests, and a list of things you can't do, because of liability.

For now the only really depressing thing about Mozambique, is that it doesn't have the ability to patrol it's own coastline. For the last 5 years the Asian fishing industry has included the coastline of Mozambique as one of it's places in the ocean, to rape the marine life. The sharks and fishing populations are being hammered fast. Reason I decided to take to travel up the caost of Mozambique before leaving Africa.

An asian drawler, was recently caught illegally fishing off the waters of Mozambique. Behind the boat was 500 miles of long lines. On board was 2 tonnes of shark fins, equivalent to 100 tonnes of shark.
It's not shocking that predictions, put 20 shark species as being extinct by the end of this decade, that includes the popular great white, whale, and basking shark , of which all can be seen along the Mozambique coast. So I recommend visiting Mozambique soon if you want to enjoy some of the most amazing animals the ocean has to offer.

Trying to not end on a buzz kill, it's hard to comprehend Mozambique's bloody past, filled with civil wars, slavery, corruption, and exploitation, when you travel along such a beautiful country. But hopefully like the landmines that used to cover the country, they have put the past behind them, because the future looks bright for Mozambique. As bright as the setting sun from Fatima's Nest beach bar, near Tofo.
Posted by Beyond Adventure at 2:43 AM