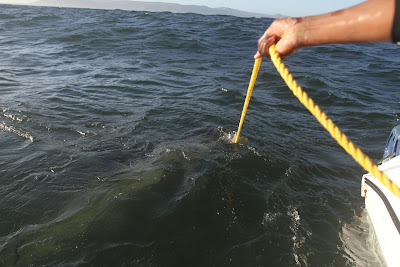 There are animals in this world that are just so amazing to view in the wild, that their extinction would fail future generations, who would miss out on experiencing them. Just how past generations have failed us, by not protecting areas for our generation.

Sadly, there will come a day when "wild animals" is a word describing a past era, for most of the world. A time in our history, when there was open land free from development, where animals could roam without fences.

For most, it's hard to picture Africa with no wild lions, but the reality is, they say in twenty years, they will be extinct in the wild as well.

The great white shark, is one of these animals, that I hope everyone gets to experience in their lifetime. Their size, strength, and power, is impressive, but it's just the idea of knowing such a massive shark still exists from the era of dinosaurs, that inspires our imagination.

While I don't agree with the way they attract them, using chum, and wrestling against the side of the boat, like cowboys, I still believe that just viewing them will touch everyone in a positive way. And that is the most important way to make sure they stay around.

Since great whites, are one of those animals that can't be tamed, has yet to survive in captivity, and havn't been trained, their future is as dim as the stars over a major cities night sky, and rely on us not betraying them.

An ocean without great white sharks, is like the sky without birds. A symbol of the wild would be gone. Sharks are a keystone species, meaning they are used to measure the health of an ecosystem. They keep the oceans strong by eliminating the weak. 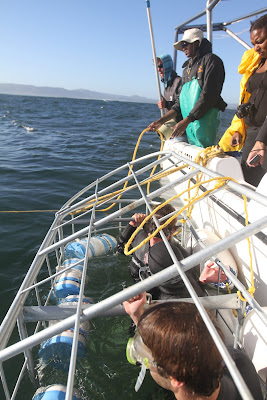 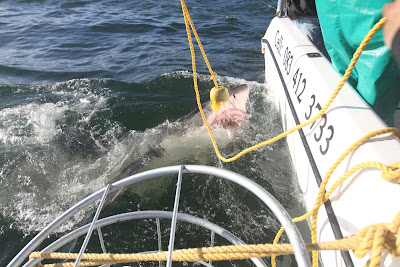 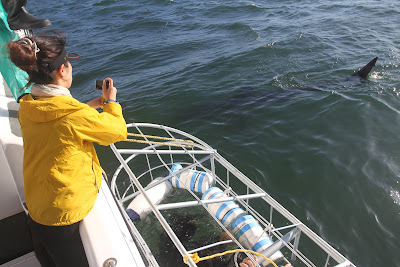 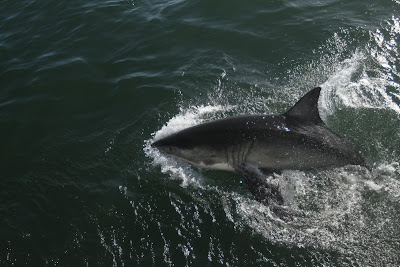 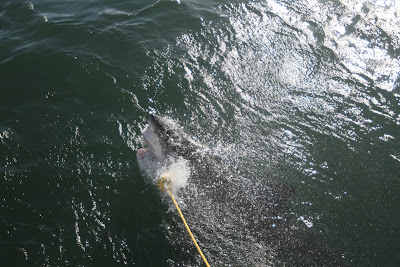 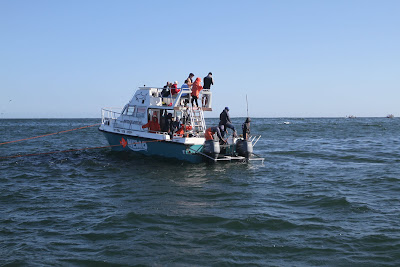 Posted by Beyond Adventure at 3:47 PM