Abu Simbel was originally cut from the banks of the Nile River, by King Ramses II, around 13th century BC.   After the downfall of the Eyptian empire, the temples were forgotten and nearly reclaimed by the Sahara desert.   When the four seated statues were discovered  in 1813 by Swiss orientalist J.L Burckhardt, sand was as high as the chests. 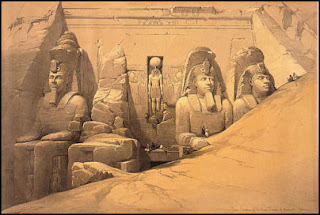 All photos taken from internet. 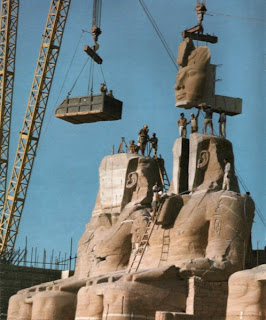 With the construction of the HIgh Dam, in the 60's,  the temples were almost lost again.    It took 80 million dollars to cut up and move the temple.    Amazing engineering and help from many nations, was used to allign the pieces back in almost their original shape.

In this photo, you can see where the temple would be located under water if it
wasn't moved. 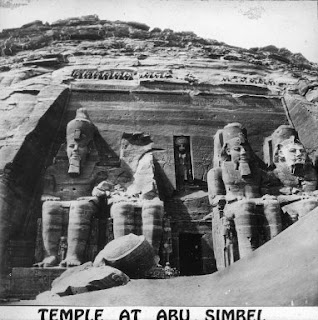 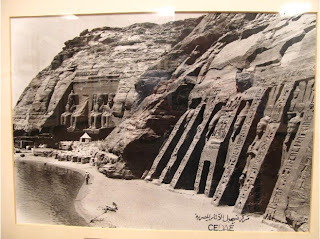 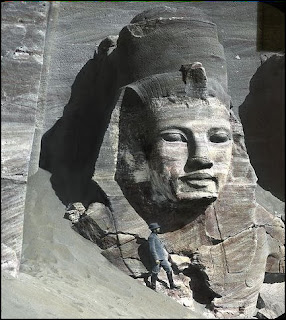 Posted by Beyond Adventure at 9:42 PM