One Island for Every Day of the Year. San Blas Islands. Panama. 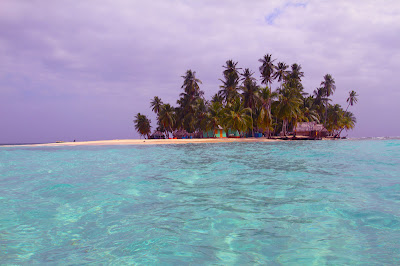 Link to more San Blas Photos
The last few weeks I have been watching Bryce Harper, an American baseball player, try to succeed in  Major League baseball.   Watching his ups and downs, his trials and tribulations.  It snaps me back  in time,  reliving memories of another life I once lived, where I too road that roller coaster of athletic emotion.

The frustrations, the pressure,  the expectations to reach your potential.  The competitive monster inside of you pushing you beyond your breaking point.  Forcing you to take giant leaps when you should be taking small steps.

The blood running down Harper's face, from a self inflicted injury received during a temper tantrum, brings back the pain I experienced as well.  Sports will drive you over the edge.    Even the nice guys go mental at times.

During my professional career, especially during the "dog days of summer,"  (meaning the hellishly hot months of summer where your ass seemed to never stop sweating and your body felt like you were melting under the intense sun),  I used to day dream of traveling to a place where the sun always shinned but a cool sea breeze kept things comfortable.   Where the sea was a blue turquoise color, the palm trees swayed in the wind, and the sound of waves put you to sleep every night.

I know everyone has had those moments.  Sitting at a your desk in some tiny cubical, doing brain numbing work,  hating what you do.  You could be a teacher, the students are yelling, not listening, and being little butt heads because they are all hyper off lunch,  or even at home when stress of everyday life, gets you down.  Everyone has had moments where they day dreamed about somewhere better.   "Just like the Southwest Commercials, "want to get away."

There's a saying that goes something like, " the poor long for riches, the rich dream of immortality, buy the wise search for serenity."

The day I walked out of the coach's office and walked away from sports, I focused my passion on discovering the places around the world, were the scenery was so breathtaking that no matter what  pains your brought with you, they would be sucked from you like some black hole. 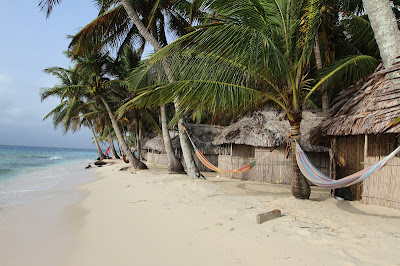 Getting to the San Blas Islands isn't extremely challenging, to get to.  But it became an adventure for me, that I didn't mind being part of.  From my hostel in Panama City I arranged transport to take me to where I could catch a boat on the Caribbean coast.  What would normally be a 2-3 hour drive,  took about 5 hours.  We made it about 30 minutes before we came across a blockade.   Local Indians were holding a protest, blockading the roads, shutting down traffic, and bringing the country's transportation to a stand still. 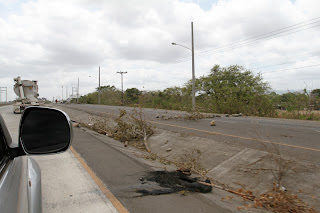 Local Indians blockaded the roads around Panama, protesting the government taking their lands. 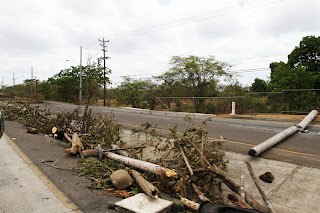 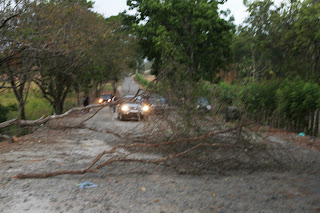 Every road we travelled down ended in a blockade.    I was beginning to loose hope, that I would never make it out to the San Blas islands, since I only had three days left in Panama before I flew home.   But I've always felt in life,  that if things are meant to be then, your life will find it's way. 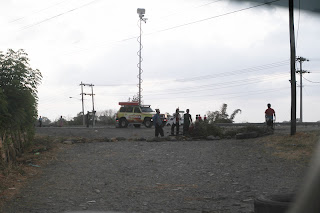 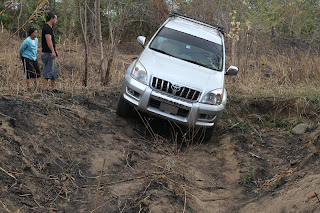 Where there is a will there is a way.   My driver wasn't going to let the blockades  get me from reaching the coast. 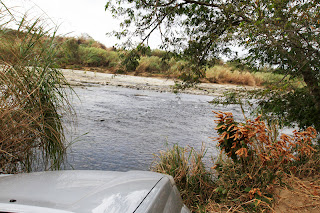 Luckily,  I had a driver who stood by his word.  He promised me he would get me to the coast and that is exactly what he did.  I think he just wanted to show off what his new 4WD jeep could do. 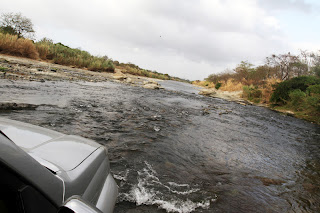 If we couldn't travel down the roads, we would take to the rivers.  Sitting shotgun,  the driver and I laughed together.  I think he had the same sense for adventure that I did. 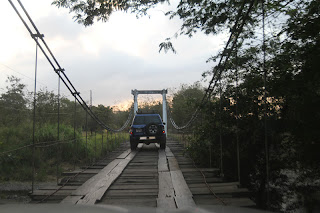 While the main roads were blocked the side roads remained open.  So we meandered our way down small side roads and finally got to my pick up point. 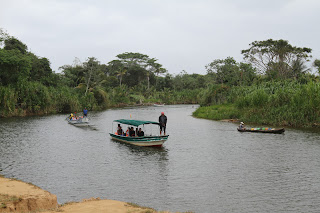 Finally we arrived to where I could get picked up by a boat and taken out to the islands. 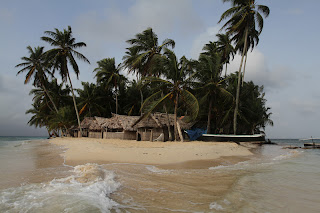 The Island I stayed on was no bigger than a soccer field.   Huts lined the beach.   There are 365 islands in the archipelago. Some much smaller having only one palm tree,  others much bigger containing cities. 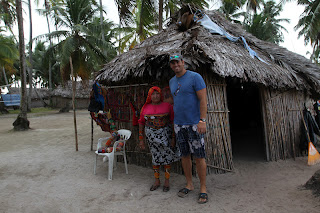 Depending on which island you stay on, you will live with the locals.  This was the mother of the family who lived on the island I stayed on.   You won't find any NBA basketball players coming from this part of the world. 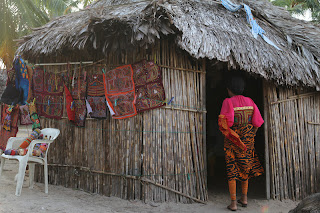 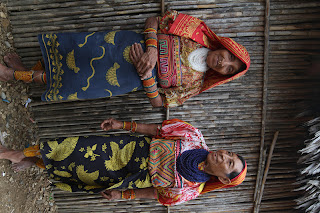 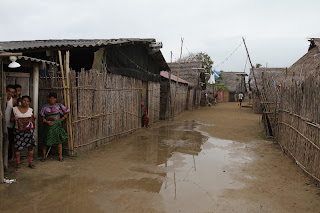 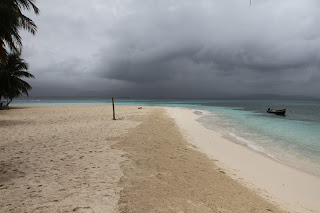 Depending on the island you stayed on, you had the beach to yourself. 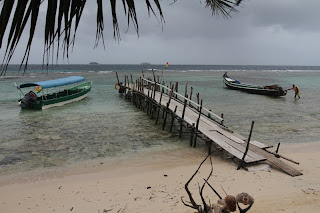 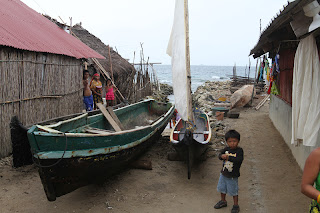 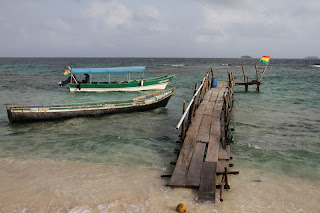 You can arrange to be taken out to the San Blas Island right from Panama City.   Just ask any of the hotels or hostels and they will arrange a pick up.    Tony's Island and Hamilton Island were the two I stayed on.  I would recommend both to more adventurous people. 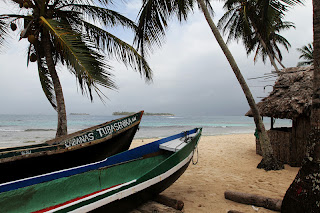 Posted by Beyond Adventure at 1:46 PM