The Big Bad Wolf. Why are we so afraid? 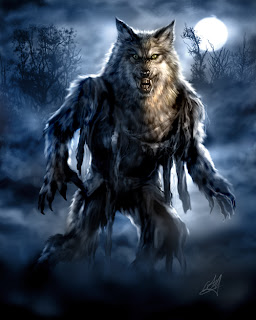 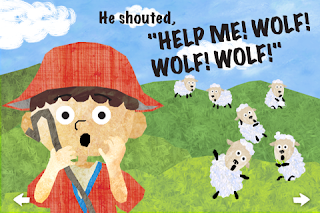 "The greatness of a nation and its moral progress can be judged by the way its animals are treated."  Ghandi

When I sit down to watch a movie,  I like to have a cold drink, a big bowl of popcorn, and enjoy them for what they are, entertainment.   After all it's what you pay for.  I recently saw the movie Grey,  which is about wolves stalking and killing a group of people plane wrecked in Alaska.

Watching the movie, I laughed at how unrealistic the betrayal of wolves were in the movie.  I know this because I've grown up in Alaska, and have spent time with them in the wild.  I have photographed them from a distance eating caribou, stumbled into the middle of a wolf pack, while waking through thick alders, come face to face with them, and even had one wolf walk up to me and fall asleep, like my black lab, right next to me.

Sadly, in the real world, there is a war going on against wolves,  that doesn't end when I finish the popcorn, and  I can't just laugh off.   If it were a movie I would have thrown by drink and popcorn at the movie and walked out, in disgust.   It's not about the killing that chaps my ass, the most.  It's how low man will go to eliminate something they don't like.  It's embarrassing to Alaska and should be an embarrassment to those involved.

There are some people out there, that really think wolves are man eaters.  Others think wolves, don't belong in the wild, or need to be managed.  Then there are those who just like killing shit, because they love the power of it.

For hundreds of thousands of years, wolves have somehow lived in balance with nature, yet now a very powerful groups of people, mostly hunting lodge owners and trappers, believe wolves have no importance. No role in nature.

So before the wolves can eat all the big game in the wild,  government sponsored programs,  hunt them down with planes, poison them, and trap them.   There is no science backing up claims that wolves kill to many big game animals.   Studies that actually were done, about wolves show, they eliminate the weak, keeping herds healthy.   Two books which talk about in depth studies about wolves, some of the best ever, are a great read for understanding the balance in nature and each role animals take.     Link to Wolves of Denali Book    and Link to Wolves of Mt. Mckinley

Talking about wolves gets people fired up like talking about religion or politics.   Very few people I've talked with can see both sides of the picture.   But this video will hopefully open some eyes and make sport hunters understand, that it's programs like this that put a black eye on hunting in general.

Sign this petition if you want to help stop Aerial Wolf Hunts!

This is where I become agitated.  Future generations being robbed,  because of sheltered ignorance.  And ignorance is all it is.  It's more than just the killing of wolves.  It's a mindset that shows no intellectual understanding of balance.   No understanding of nature beyond, quick results.

It's the mindset that our Board of Game in Alaska has taken.  A government sponsored Board that is supposed to be for the well being off all Alaskans,  but have been taken over by radical short minded hunters and trappers.

It's become a joke in Alaska recently with how far the board will go, to blame declining moose numbers on wolves which have been around a lot longer than trophy hunting.  If African countries make it legal for hunters to take lions from planes, I guarantee that people would be up in arms.

Map of Wolf Control locations  going on in Alaska.

Should I stand back and let this go on without trying to pass on the word. What has been done isn't doing much work. People need to stand up for something in life.  Fight for something we stand for.   The wolf has become a keystone species in the fight between conservation and hunting.    Where hunters have grown bold in bullying the rest of the population, who just want to enjoy viewing wildlife with out looking down the barrel of a gun.

Where did wolves get such a bad reputation?

Wolves are one of the least aggressive animals towards humans.   If you calculated the odds of getting killed by a wolf, it would make being struck by lighting look common.   To put things into perspective, an estimated 160 people are killed every year by falling coconuts.   Only one person has been officially documented as being attacked and killed by a wolf, ever!

Think about about growing up.  Did you read any books about the wolf being a dangerous animal?

How about the poor "Three Little Pigs" and the big bad wolf?    This wolf was so dangerous he would huff and buff and blow the house down. 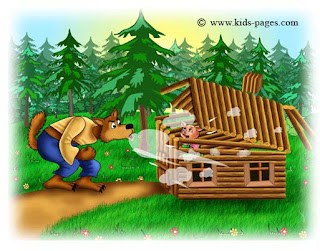 Little miss riding hood couldn't walk to her own grandmothers house with out being stalked by the dangerous, cross -dressing wolf. 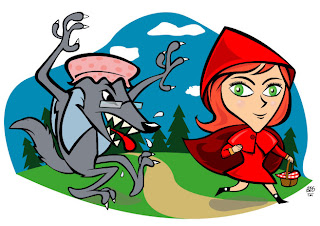 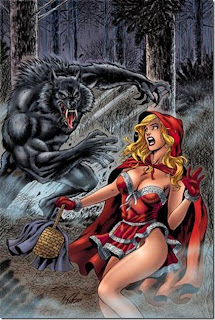 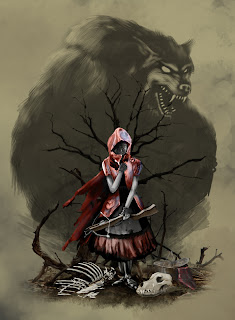 How about the "The Boy Who Cried Wolf,"   It may have taught us an important lesson about making up stories that weren't true,   but it also implanted us that wolves were bad.    Are we crying wolf about wolves, today?   I know it's ridiculous to bring up cartoons and stories as the reason people don't trust wolves, but you would be surprised how media and traditional influences affect our lives.

I have always tried to at least see issues from both side,  I think it's in my DNA.  My dad worked for an oil company and my mom was a member of Sierra Club, which tried to shut oil companies down.

I understand people who make a living off ranching and are feared that their livestock would be killed by a predator, like a wolf.   I am commercial fisherman who makes a living catching salmon.  I am fearful of things, like Pebble Mine,  that would affect my lively hood.   But I will never agree with hunting an animal in an un sportsman like way.

Thinking outside the norm is how we become ambassadors of this planet.  How to Protect Livestock


So how do you convince people to respect wolves?  Maybe by sharing your own experiences.


This photo is of a wolf that I encountered in Denali National Park.   While backpacking I sat and watched this male, make his way down a river bed.   He saw me and curiously came to investigate.  After a few moments starting at each other, he went on his way. 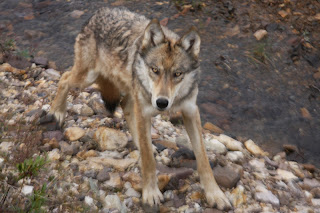 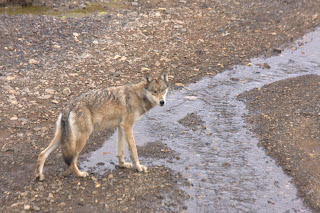 The next day, while hiking I came across another wolf.  I photographed him for a while.  Like a dog he seemed to enjoy my company.   He was so comfortable with me that he walked up and fell asleep right next to me.   I even laid back and got some rest myself. 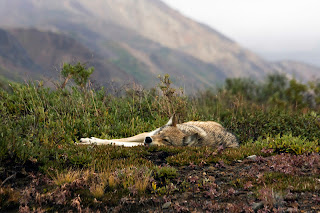 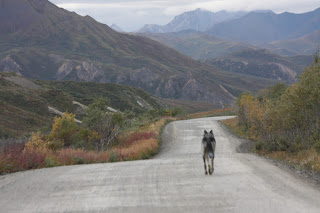 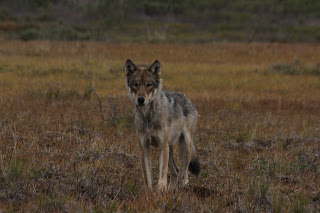 This wolf was one of a pack of wolves that I had surround me while, I was walking alone through a valley.  They waited around long enough to look curious then they were gone.

Link to popular wolf photo I have published.

When the earliest pioneers came across the United States, they wrote about herds of animals so large that it was mind boggling. Buffalo stretching for as far as the eye could see.   When western man arrived they all but whipped them out.   This can be said for just about every big game animal around the world.   Since the invention of the rifle,  animals have been pushed towards extinction.

When it comes down to it you have to choose which side you are on.  I have no problem with hunting.   I have a problem with cowards, who think they are hunters. And only kill for the thrill.   You make your own opinion.    If you want to know how you can help stop Aerial wolf hunting.   Click on the link below.

Sign this petition if you want to help stop Aerial Wolf Hunts!

Trapping of wolves isn't very sportsman like either.  But killing is in people's blood.  We will have to make the choice soon for what kind of legacy, we want to leave the next generation. 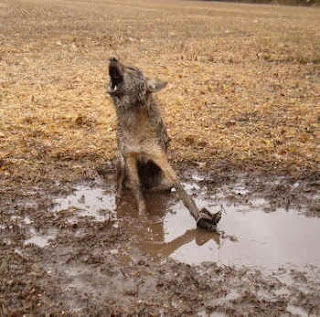 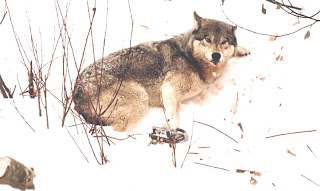 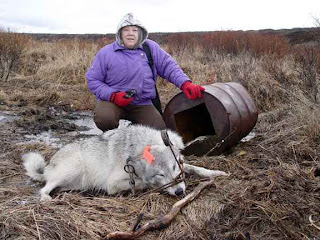 Sign this petition if you want to help stop Aerial Wolf Hunts!
Posted by Beyond Adventure at 12:47 AM