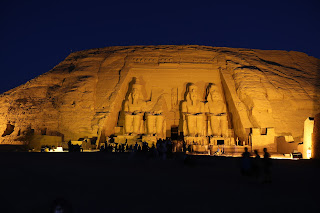 As the horizon over  Lake Nasser begins showing signs of light, singing and dancing abruply begins around Abu Simbel temple in Southern Egypt.  The brighter the sky gets the more energy people seem to get, as if feeding off the light and welcoming the sun. A festival atmosphere breaks out, everyone is giving their all waiting for the sun to break from behind the horizion. 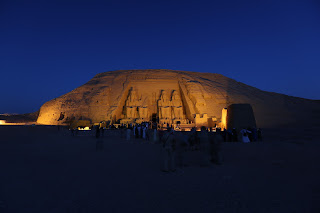 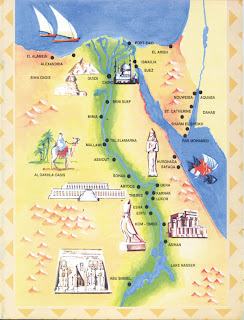 For locals and tourists alike,  they have travelled to this location to witness a special occurance that only happens twice a year.  On October 22nd and February 22nd respectively. During these mornings, the temple around Abu Simbel explodes with celebration, it's a solar phenominon,   where the sun will rise at just the right angle to light up the statues of King Ramses II  in the far reaches of the temple.

Egyptian Pharaoh Ramses II,  has his scuptures, build the temple out of sandstone around 1250 BC.  And using his knowledge of the sun,  alligned it so that the sun shined on his statue 60 meters into the temple,  only on the day he was born and the day he became king.  The Sun god was very important to the ancient Egyptians,  so careful planning had to be done to make sure everything was aligned.

To get to Abu Simbel is an adventure in itself.  A convoy of vehicles meet at a departure spot in Aswan at 12am.   Then all travel together at top speed across the open desert,  accompanied by military escort. Each bus accompanied by an armed officer.  The section of road while controlled by the military has been dangerous in the past. With buses been ambushed,  by terrorist groups.    The trip takes three hours to arrive at Abu Simbel,  which lies on the shores of Lake Nasser,  near the border of Sudan.  While most days the convoy leaves at 4am, today we must arrive before sunrise. 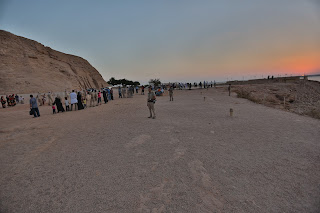 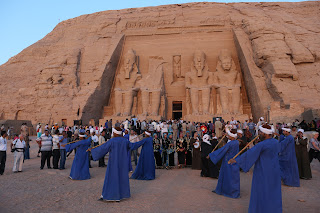 For most tourists like myself,  we are not sure what to expect, but we line up to enter the temple by passing through metal detectors, have our bags searched and told where to line up.   Many VIP from Egypt and around the world show up to this festival, so security is tight. 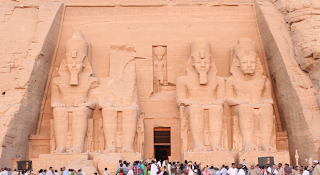 As the sun finally breaks from behind the horizon,  the line of people are allowed to enter the temple and  get a brief glimpse of the statue of Ramses II before quickly exciting.   Outside the temple, locals are singing and dancing for the Governor of Aswan and other VIPS, new cameras are about,  and everyone soaks up the sunrise,  for about two hours after the sun has risen, before we all  depart by convoy back to the city of Aswan.

It is one of the most dramatic sunrises I have ever experienced. 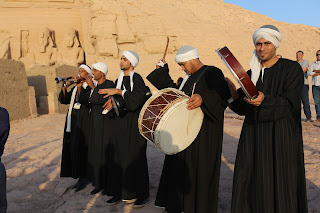 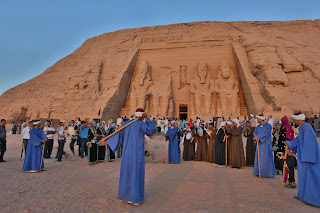 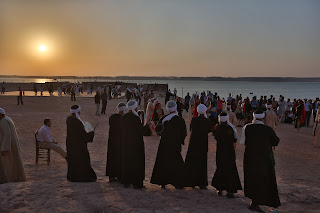 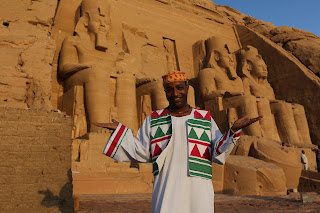 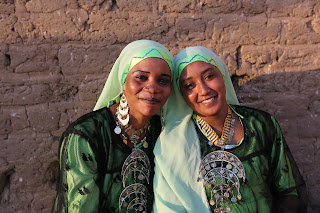