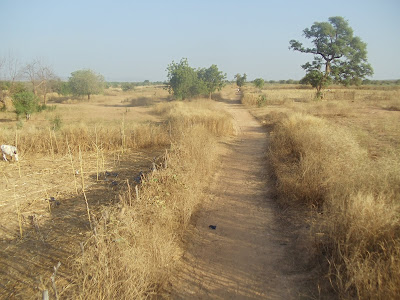 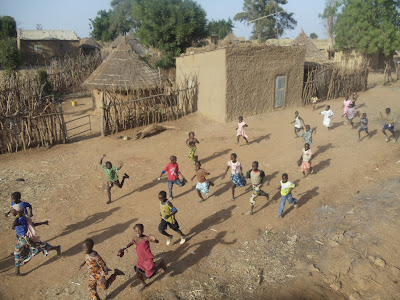 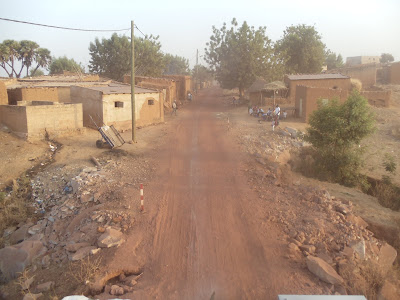 After a month in a half of traveling across some of the most rugged country I have ever seen, it was nice to relax on a beach in Senegal, drink some cold beers, and do some washing. The beach wasn't the spotless beach that you experience in resort towns, where someone cleans the sand of all drift wood and trash everyday. This beach was as natural as it gets. Everything that had washed up on the beach over the years, was still there. But the waves were great to body surf and noone else on the beach. Just had to watch out and not get tangled in the fishing nets, that were laid out in the surf.
We didn't get much time to spend in Senegal, the result of officials choosing to fill their own pockets with money, rather than look out for the best for the country. Once you drive into the country you buy a 48 hour permit, which only gives you enough time to race to the nearest city to renew it. If you don't renew it within that time, your vehicle gets impounded. Paying the official to hand it back. Since we had to renew our permit we headed to St. Louis. We camped on the beach for a few days, while our driver went into the city to get an extension. Getting news that the officals had impounded another truck of tourists traveling through the country, who failed to renew their permit fast enough and having to pay to get the truck back, we were nervous that our truck would get impounded as well. Luckily, we got a few days extension , just to leave Senegal and make a run for the Mali border. Not sure I would ever travel back to Senegal.
In Mali, we left the paved roads behind and headed off into the back country. A spontaneous decision from the driver who loves, exploring off the beaten path. Our driver Grant, born in New Zealand has driven all over Africa. He's done the Morocco, to Cape Town, to Cairo 6 times. Has had malaria 18 times and can entertain you with stories of his travels through Africa, night after night. It's great having a driver who loves pushing the truck to it's limits. 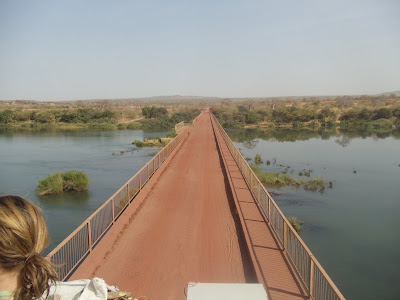 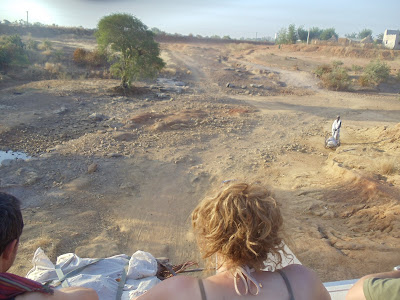 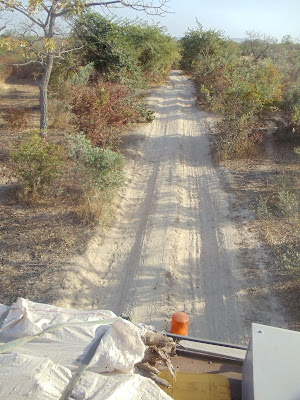 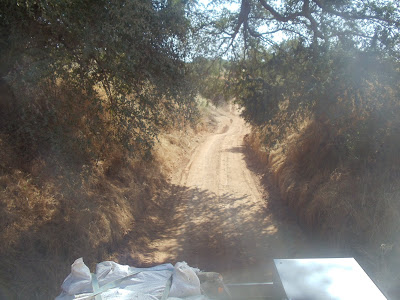 The route we took, wasn't much of a road. Rather a path through southern Mali, that I would only travel over back home, in a four wheeler. The speed at times was no more than a snails pace, but getting off the beaten path took us away from the Africa you grow to hate and into the Africa that you fall in love with. The villages we passed rarely ever see tourists, let alone white people. The look on their faces as we drove into town or passed them walking the road, wasn't that of someone excited that they might get handouts, but rather that of amazement. It was refreshing to see such hard working people, so self reliant, and tough. They didnt surround our truck and beg like everyone does in larger cities, I'm sure they could have used some extra money, but they never even asked for anything. They just waved and soaked in the alien vehicle driving past.
The small villages were so much fun to visit. When ever we came across one, the kids stopped what ever they were doing and ran along the truck cheering. Some would follow us forever down the road, coughing from the dust we kicked up. Not wanting to corrupt the people, we didn't hand out any money or give out any gifts, rather spent time playing with them and acting like a kids ourselves. I taught them some crazy dance moves that they just laughed at, but were seen copying as we drove away. So if you come across a village doing disco moves ,in southern Mali, you can blame me.
Everywhere you go in Africa, the kids love their pictures taken. But in these villages they were so amazed that they could see themselves on the screen, that they went complete bonkers. I would take a picture of them, show them the picture on my camera and it would send them laughing, playing, jumping, and cartwhelling down the road, like a looney toon character. The simple flash of my camera going off, was better then heroin.
In one village a passanger on the trip pulled out a kite and handed it to the kids to play with. Not knowing what it was, they just grabbed and pulled on the package like a group of hyenas trying to rip apart a kill. Surprisingly the kite wasn't ripped to pieces. After calming them down, we pulled the kite out of the bag, to the ooooooh and awwwwwww of the kids. We attached the string and even with no wind, showed them how to fly it. Even though it took to the sky for only seconds, it was still enough to send the crowd into cheer, followed by the disappointment as it crashed back into the bushes. The mob of kids would then run and fight over who would get to fly it, next. It was complete madness but some how the kite survived to be flown again. Everytime it took to the sky it, it was not doubt their first UFO experience. 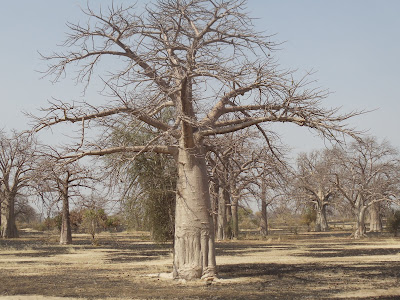 Baobabs, known to locals as the upside down tree, grow everywhere. 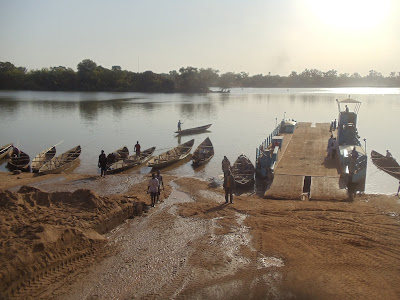 We had to cross a ferry. First asking 25,000 Central African Francs, we made a them a deal. Cut it in half and not give us a receipt. They accepted immediately. 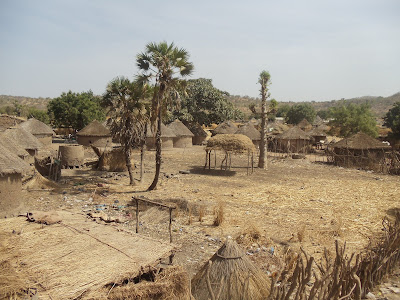 One of the villages as we passed. 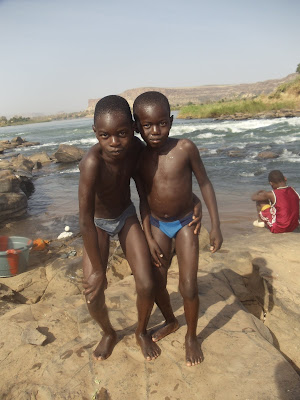 Kids playing in the river. 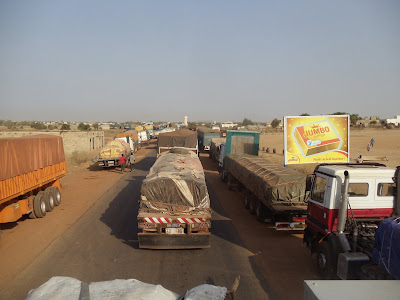 Line at the border to Mali from Senegal

touris
Posted by Beyond Adventure at 9:58 AM